Cybersecurity is quickly becoming the largest and fastest-growing technology sector worldwide. Cybersecurity-related jobs are projected to only fill 1 in 3 jobs by the year 2021. The CIS department at Highline College prepares students to fill these cybersecurity positions. There is expected to be a high demand for security analysts.

Highline College was designated a Center of Academic Excellence in Information Assurance Education (CAE2Y) in 2013 by the US Department of Homeland Security and the National Security Agency. The CAE2Y designation was awarded to community colleges that have established a high quality cybersecurity program and have mapped their AAS courses to two of the training standards—CNSS 4011 and 4013e—of the Committee on National Security Systems. When the move was made to Knowledge Units, Highline College re-certified under the KUs for the AAS in Digital Forensics & Investigations and the Network Security Engineer AAS. The BAS in Cybersecurity and Forensics is mapped to the Knowledge Units and NICE Framework.

For information regarding the Center and other opportunities, please contact Dr. Amelia Phillips at aphillips@highline.edu

The Advisory Committee meets quarterly. If you are interested in volunteering to sit on the board please contact Ravinder Kang at rkang@highline.edu

Our students regularly participate in the PRCCDC and the Department of Energy’s CyberForce Competition.  They also have participated in events such as the Pink Elephant Cyber Competition. The Cyber Competitions Club meets virtually.  For more information see their listing at https://cls.highline.edu/get-involved/clubs/directory/

From November 30-December 1, 2018, a team of Highline students was invited to participate in the Department of Energy’s CyberForce Competition™, a DOE Cyber Defense Competition at Pacific Northwest National Labs in Richland, Washington.

Sponsored by DOE’s Office of Cybersecurity, Energy Security, and Emergency Response (CESER), the CyberForce Competition is DOE’s fourth cyber defense competition designed to develop the next generation of cybersecurity professionals to help defend and bolster our nation’s critical energy infrastructure and ensure our energy security.

The competition’s interactive, energy-focused scenario challenged students to protect their servers, as well as their physical, simulated industrial control system.  Students had to be able to identify potential threats in a prebuilt computer network filled with intentional vulnerabilities.

Over the last several weeks, the Highline team spent countless hours of personal time to be able to resolve, identify and mitigate those problems and threats, and to present a unified front to field a competitive team in this competition.

The Highline team watched as systems belonging to other teams quickly became compromised and in some cases held for ransom by their attackers, while the Highline systems withheld many attacks.  System hardening, network engineering, and integration of an intrusion detection system allowed the Highline team to quickly act on hostile intrusion attempts.   Our Red team said later that they wondered if their tools were broken, and had asked other attack teams to verify their failed results.

The six Highline Thunderbirds team members are all students in Highline’s Bachelor of Applied Science in Cybersecurity and Forensics program:

They were accompanied by two Highline faculty and staff members:

Highline’s team finished 10th overall nationwide.  We were the only college in the top ten.

Our students felt that this experience was an amazing opportunity to put the skills they have learned at Highline College to the test, and helped to build confidence in themselves.  The success they found as a team was amazing.  They are first class cyber defense competitors and should be commended for their hard work.  Go Highline Thunderbirds!

The next competition will be held from November 15 to 16, 2019. Highline will again be applying to send a team of Highline students to the Department of Energy’s CyberForce Competition™, a DOE Cyber Defense Competition at Pacific Northwest National Labs in Richland, Washington.

Highline students are compiling a list of lessons learned from this year’s competition.  There are several technical areas in which they would like to gain more experience over the next year, so they can be even more effective competitors. 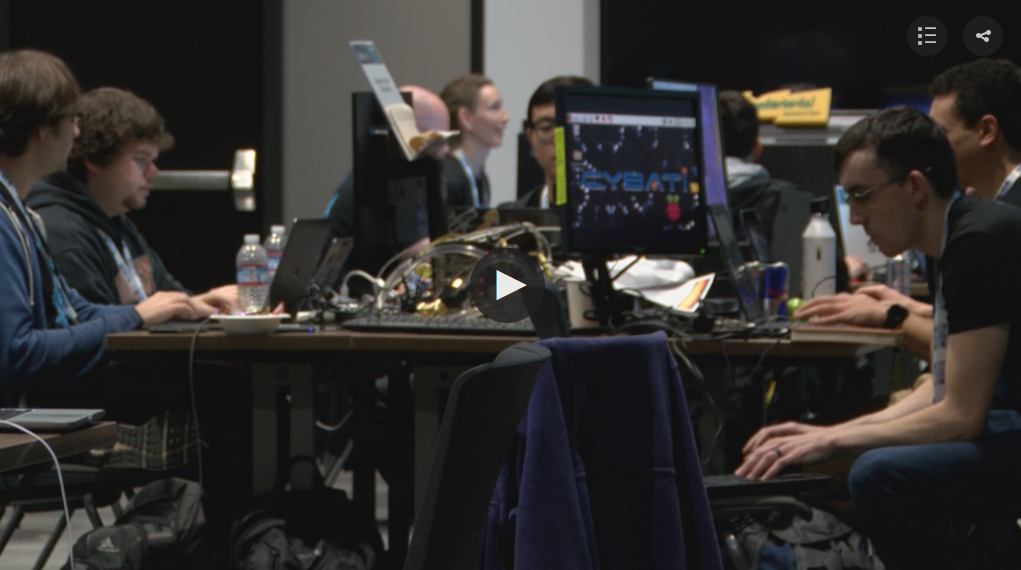 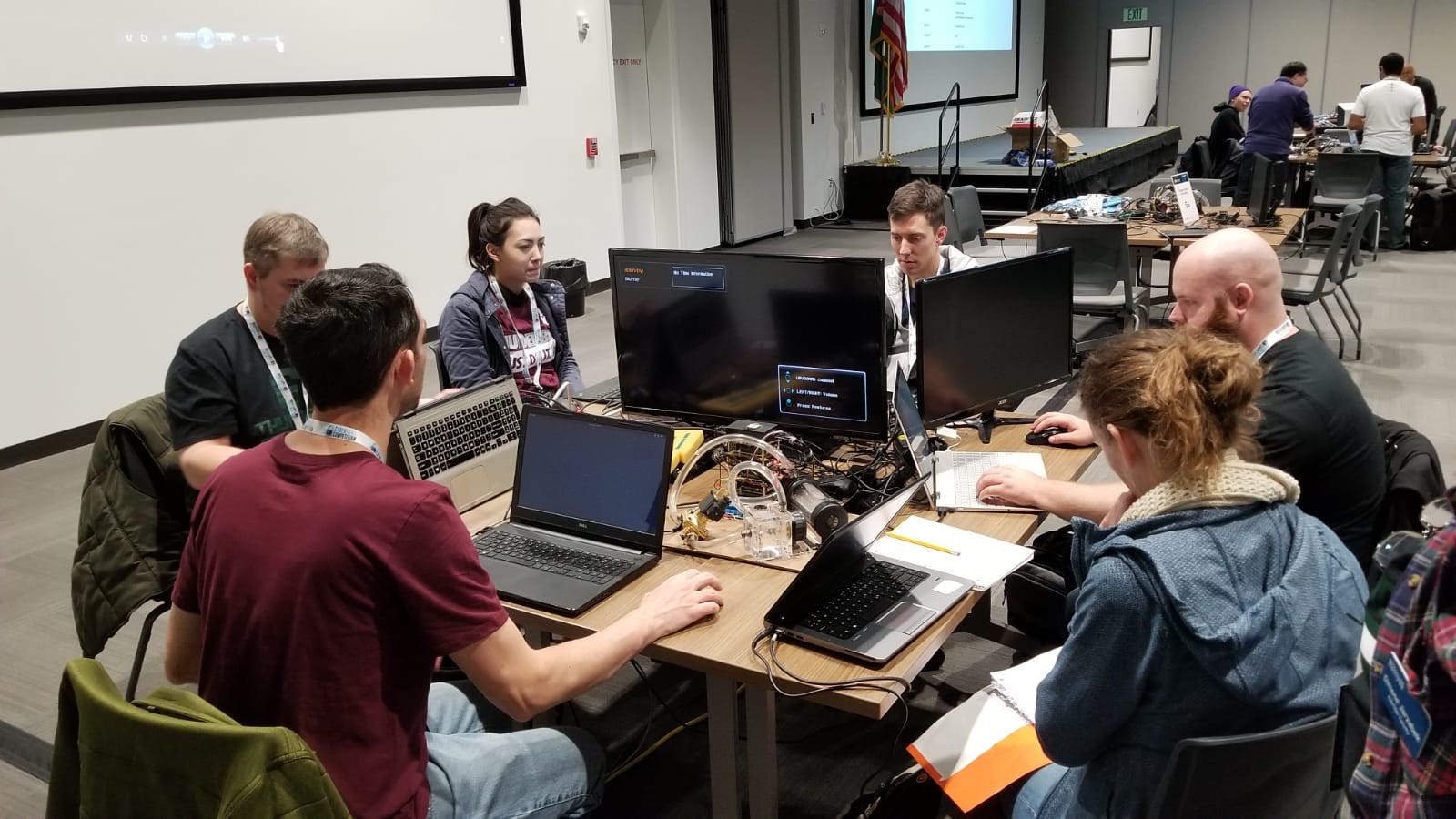 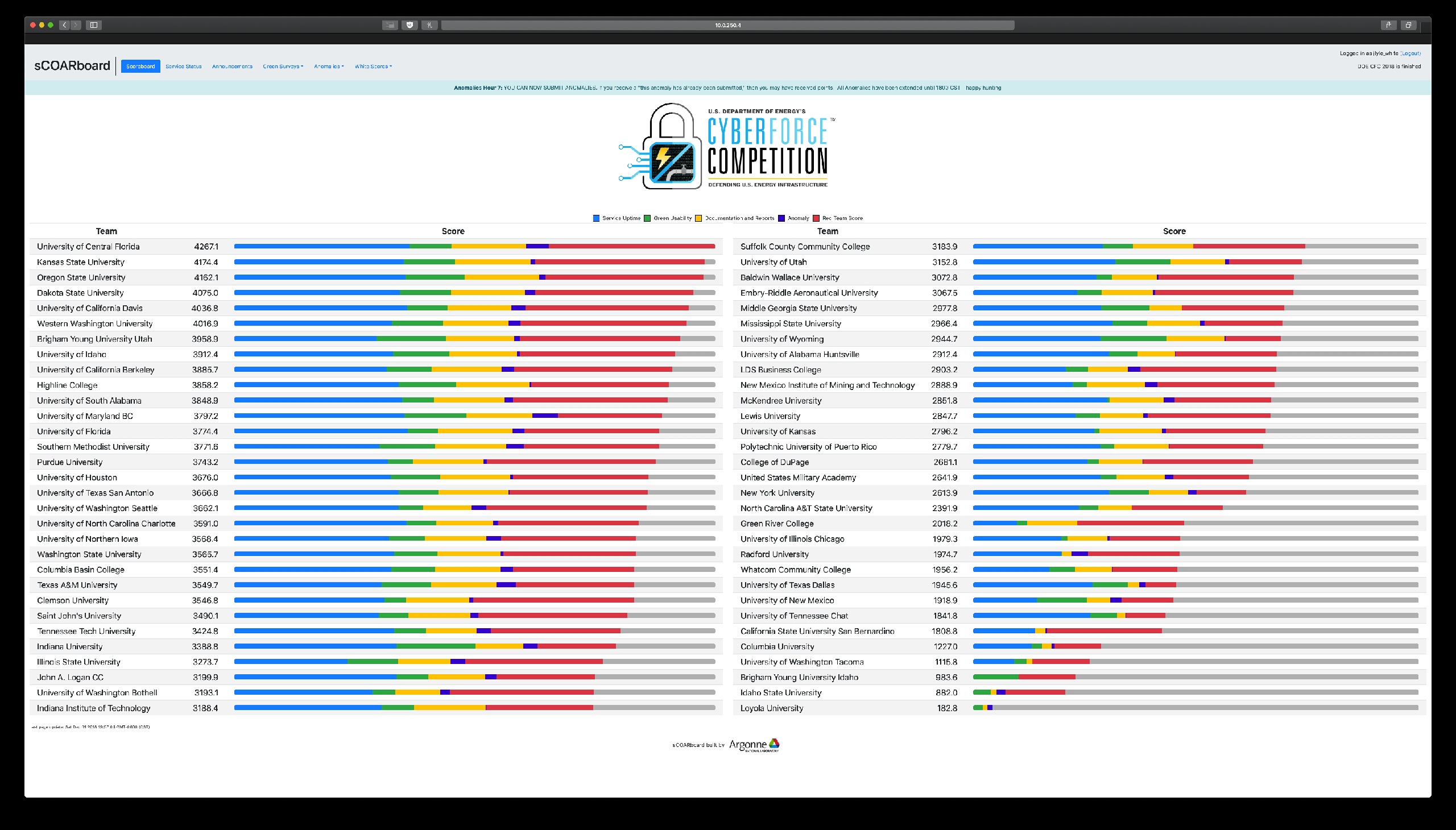 Looking to start a career in CS/CIS?

The CS/CIS Department at Highline College prepares students to be successful in a variety of Information Technology related careers.